You would think that living on Anglesey for eighteen years, I would know quite a lot about the island – well, recently I made two new discoveries, both of which I found surprising and quite wonderful. I have been aware for years that Anglesey has a benign climate and is very fertile, both very attractive features to settlers, right back to prehistoric times: and that there is a lot of evidence left behind for us to discover: I even dug up a stone axe head at Coed y Berclas, which is currently with Ian at Oriel Ynys Mon to be recorded and for an expert assessment of its origins etc. 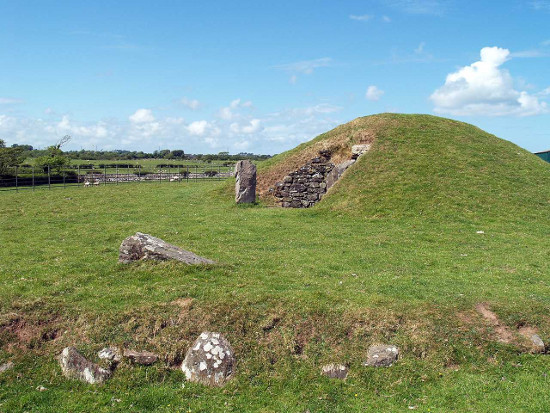 I have seen some of the standing stones and cromlechs (megalithic tombs consisting of a large flat stone laid on upright ones), and have visited Bryn Celli Ddu, a burial chamber on the south of the island. Barclodiad y Gawres, another burial chamber with spiral and zig zag carvings on some of the internal stones, is on my ‘to do list’. Nevertheless, although I had heard the name Din Lligwy, I had no idea what to expect. It is close to the east coast of Anglesey, near Moelfre. 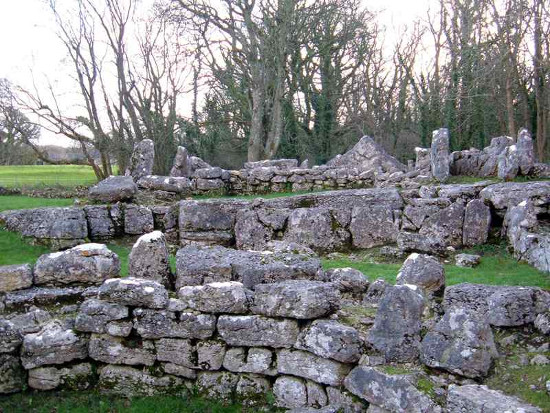 Daf and I drove over there on Sunday evening and were both surprised and thrilled by what we saw: in a glade of trees, on a mound surrounded by fields are the well preserved lower walls of a farming settlement sitting in its pentagonal outer/protective wall. It would appear that the two circular buildings were dwellings and the rectangular ones were used as workshops and for storage. The settlement probably dates back to the Iron Age and was still in use during the Roman occupation of Anglesey, so we were amazed by the state of preservation. We can definitely recommend a visit. 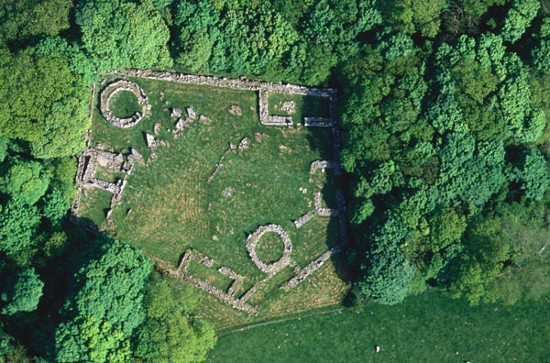 The other new discovery was that Anglesey is an important area for wetlands, second only to Norfolk, in England and Wales, for rich-fen systems. 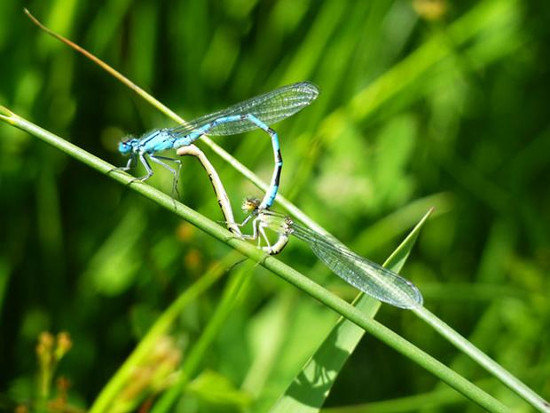 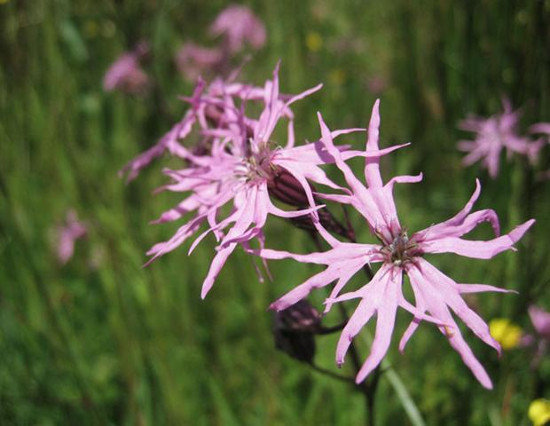 Wetlands have been used by humans for thousands of years for various purposes, but they are also important to us today: they help to prevent flooding, capture and hold green-house gases and filter ground water. They are vital environments and Anglesey is using government funding to inform the public and conserve them for the future. That’s how we found out about them – from a booklet produced by Anglesey Council.