We both love steam engines and feel the ‘romance of the age of steam’. 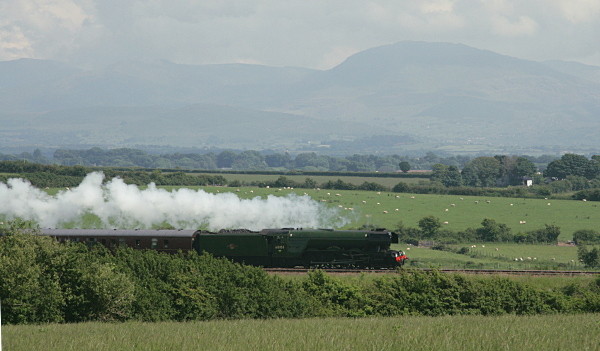 The day before her arrival, we looked at views of the Britannia Bridge, which crosses to the island over the Menai Strait – the stretch of Anglesey Coast we overlook from Coed y Berclas. We drove for miles across Anglesey, on roads parallel to the railway track. We looked over bridges and across fields. We waited at railway crossings. We wanted to find the best place to see the Flying Scotsman as she steamed her way across the Isle of Anglesey.

Eventually we settled on a lane, Lon Myfyrian, which runs along the edge of a field. This gave us a prolonged view of the railway track.

The next day we were there in good time, to set up our cameras and await the arrival of the Flying Scotsman. We kept thinking we heard her coming, but it must have been the nearby A55. She was running a bit late, so by the time we heard the distinctive sound of a steam engine approaching, we were stiff but excited.

Daf’s brother Wyn, who has been photographing trains for half a century, photographed the image below, at Myfyrian bridge. 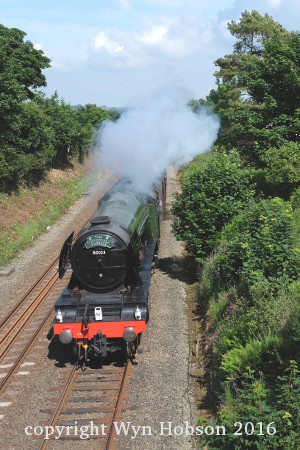 I took stills and Daf shot the video above. We were both over-awed and excited at watching this beautiful steam locomotive, The Flying Scotsman, pulling many coaches across our beautiful Isle of Anglesey, and the sound of her sent a thrill through us both. We have watched the video a lot since that day!

In the afternoon, Daf and I were at Bangor station to watch the Flying Scotsman pass through on her return journey. As she pulled slowly into Bangor station, everyone went quiet. I took video above and Daf mainly took stills. 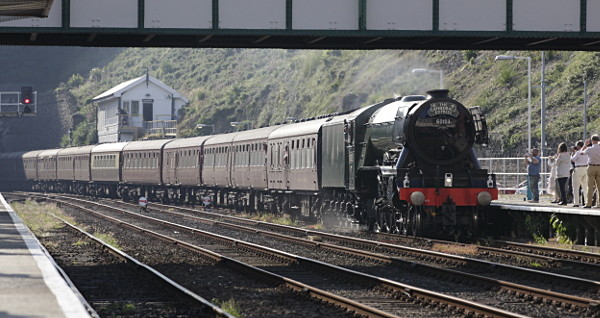 It was wonderful to be so close to the Flying Scotsman, such an iconic engine. I remember as a child standing on Durham station awaiting the train which would bring my Great Aunt on a visit from London. I cannot be sure I ever saw the Flying Scotsman then, but I distinctly remember being over-whelmed and rather scared of the size of the engine and the sound of hissing steam. Now I think it is all quite wonderful. 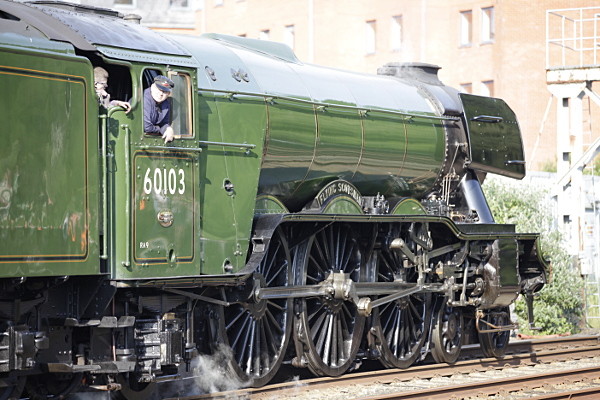 We hope you enjoy our images.