I had fun working with two sisters, Tracey and Shelly, who stayed at the cottage for a few days with their husbands, John and Patrick. For Shelley’s birthday, her family treated her to a day of Wholecloth with me, so she and Tracey designed a 16” block, transferred it to fabric, layered it and started quilting. By the end of the day you could see how good they were going to be – and each totally different from the other.

They had stunning weather and managed to do a lot of walking.

While we quilted, John and Partick went to Elin’s Tower at South Stack, at the north-west corner of Anglesey, where they could watch the nesting sea-birds on the cliffs below, via cctv. 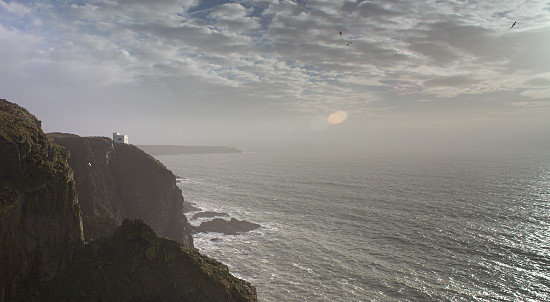 The lighthouse at South-stack is a beautiful sight in all weathers, sitting on its twisting rock. We love sailing round it, but only in settled conditions! The sea can become quite dangerous there in rough weather, but it’s lovely to stand safely on shore and gaze down on it. 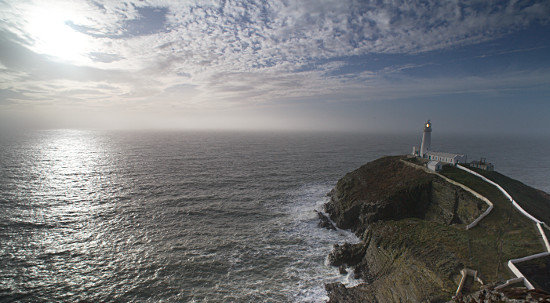 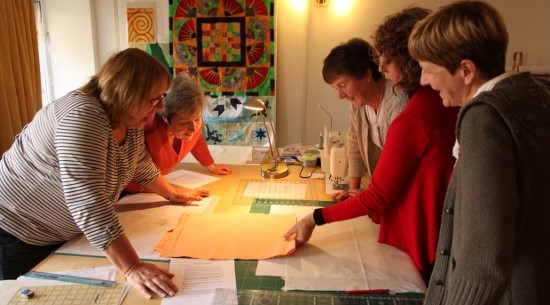 Over Beaumaris Bonfire weekend I enjoyed the company of four lovely quilters from Gloucestershire.

It was Dilys’s ‘significant’ birthday (and I’m not saying which one!) and her husband, Dave, gave her a quilting weekend at Coed y Berclas, with three friends, as a suprise present. They managed to keep the secret so well that Dilys had no idea where she was going or what she was doing until her train was arriving at Bangor – brilliant!

Take note all you husbands out there who are looking for a special present!

Their two day workshop was ‘Wholecloth’ and covered both designing and quilting. Sandy and Dot chose to do cushion covers while Dilys and Moira worked on cot sized quilts: in fact Moira will be making two (twins) – that’ll keep her out of mischief for a while! They did the design work on the first day and transfered it to fabric ready to begin quilting on the second. This involved a lot of work but they made it – and I got a reputation as a slave driver!

I can’t be too much of a slave driver though as they managed to pop down to the pub at the bottom of the hill for a meal and to watch the bonfire night fireworks. This year the Beaumaris Firework Display was cancelled (they’re extending the pier) but we had a splendid view of Bangor Fireworks which take place near the root of Bangor Pier and we didn’t even need to leave the house to watch them! Very impressive.

Sunday was spent hand quilting: this is always a little like magic as stitches give a three dimensional quality to the work and images drawn onto fabric come to life. Dilys, Sandy, Moira, Dot – your designs are all totally individual and they’re beautiful.

I really enjoyed the weekend – you were all great company and very hard workers! 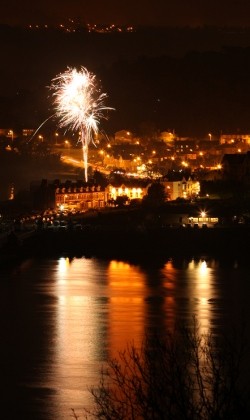 Have you finished the quilts yet?

Dave, you get masses of ‘brownie points’. 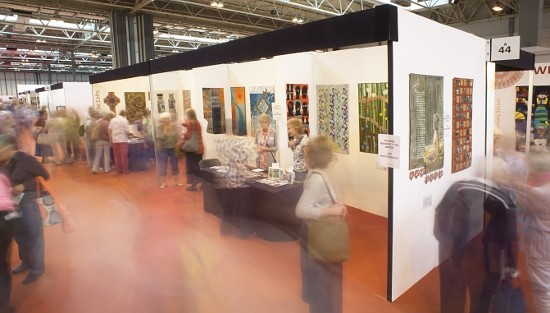 If you’re interested in quilting, look out for a touring exhibition called ‘Spirit of the Celts’ which will be seen at a number of galleries in the UK following its debut at Festival of Quilts at the NEC in Birmingham this week.

It contains work by Welsh, Scottish and Northern Irish quilters and as a member of Cwilt Cymru, I have two pieces of work, Branwen 1 and Branwen 2, based on the legend of an Anglesey Celtic princess. 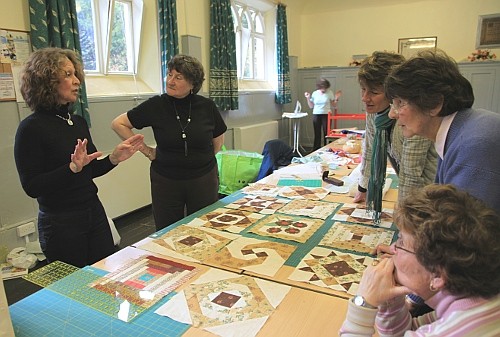