In early Summer we added more plants to our pond; sufficient to attract a pair of Mallard who arrived most mornings, spent the day swimming or dozing on the grass, then later in the day flew away together. We wondered where they spent their nights. They brought the pond to life and we loved watching them.

One morning the male arrived alone: he didn’t settle and was calling a lot. I suspect he was looking for his mate. This performance was repeated over the next few days, his visits became more sporadic and eventually ceased. I don’t know whether mallard mate, like swans, for life, but I’m sure he was missing her. I hope he returns next year with another bird…

A few weeks ago, Alison and Martin became the first of our guests to spot a red squirrel – not on our land which is in a red squirrel area – but in the woodland at Newborough. They are such shy creatures that a sighting is very lucky. Daf and I have yet to see one, although I have found acorns buried in places where they couldn’t have arrived on their own. They are probably sitting in a tree quietly watching us pottering about below and waiting for us to go away.

At the end of June we had a documentary crew at Coed y Berclas, making a programme about ‘Kate and The Real Housewives of Anglesey’. In my interview I talked about living on Anglesey/our Holiday Cottage/Quilting/Kate on Anglesey, and probably rambled on for ages – I wonder what will be left when it is reduced to a couple of minutes.The company producing the programme are Back2Back but I don’t yet know when or where it will appear. Let me know if you spot it first.

On the subject of TV, if you look very carefully you might spot me as a ‘supporting artist’ (extra) in a scene in a comedy series on Sky TV about the life and times in a Cafe on the prom at Weston super Mare, scheduled for the Autumn. I can recommend it for viewing even if you don’t see me lurking in the background… Daf might have had something to do with it but he’s not saying… 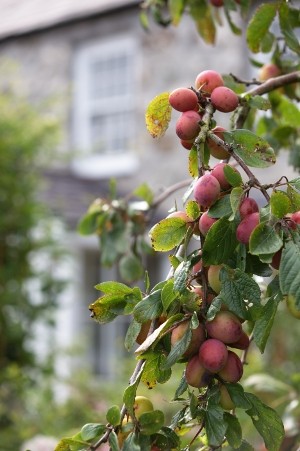 Back at Coed y Berclas, in the cottage orchard, one plum tree has finished fruiting and the Victoria plum branches are weighed to the ground with fruit which is almost ripe. Unfortunately the wasps are also aware! The apples are doing well, so there should be a good crop later in the year and there are lots of pears this year for the first time since they were planted. I’m looking forward to harvesting everything. 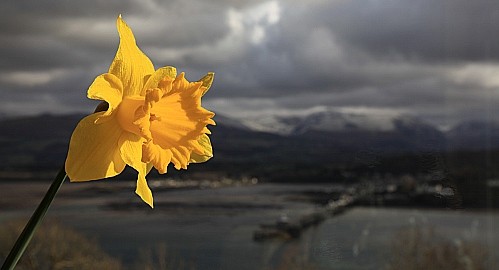