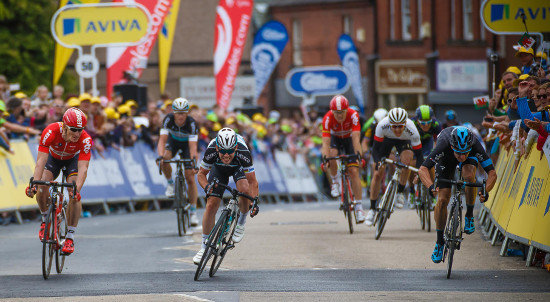 The weather was perfect, slightly overcast but bright and dry for the Tour of Britain which started on The Green, Beaumaris, with crowds enjoying introductions of the teams, autograph signings and having time to be amazed by the massive organisation necessary to hold this event. There was even a fly past coordinated with the time they all set off at 11:17.

Daf and I settled ourselves not in Beauaris but at the end of the Mile Road, near the top of Allt Goch (Red Hill) – the riders’ first steep climb after leaving Beaumaris. We didn’t have long to wait. The roads were closed to traffic by police motorcyclists in a rolling programme along the route and watching them manouever was absolutely fascinating – I suspect they enjoyed every moment too! Stewards on more motor bikes sped by, no doubt heading for their allocated positions around the route.

It all made a great warm up for the main event. The imminent arrival of the peloton (the main group of riders in a cycle race – ok, so you already knew that – I didn’t!) was announced from a radio car, next came the red lead car, immediately followed by the formal square of riders, looking not at all impressed by the climb they had just made – SWOOSH – and they has all sped by.

I understand they were prevented from breaking formation and beginning to race properly until they reached Pentraeth, so they made it look like a (speedy) ‘stroll in the park’ with friends: I know it all became a lot more serious later.

What followed the cyclists was a cavalcade of support vehicles, masses of them, all sprouting spare bikes and parts from their roofs, as well as the ambulance, more officials and finally the remaining police bikes, re-opening roads as they went.

Although the route was 25.8 miles passing through Pentraeth, Benllech, Llangefni,Penmynedd and on to the Menai Bridge, Daf and I quickly got back to our car and drove down to Menai Bridge where we parked at the east end then walked through the town to the bridge. We were passed by all the livery painted team coaches, making their way off the island./p

pWe settled ourselves on the roundabout by the Menai Bridge and enjoyed chatting to other spectators who had chosen this spot with a good view of both arriving cyclists and the bridge itself. There was a great festive atmosphere. 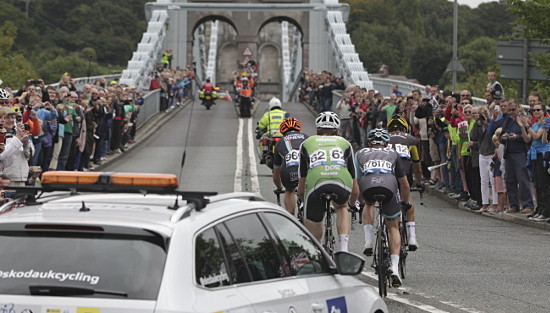 At 12:17, only an hour after the start, the four leading riders shot into view, sped round the roundabout and powered across the bridge.

Soon after, one lone rider followed them, then at 12:29, the peloton appeared, swished round the roundabout, crossed the Menai Bridge and disapperaed on their way through the mountains on onward to the finish in Wrecsam.

Daf and I had enjoyed the whole event and on the way back to the car, we called into Harri’s, on the High Street for a very pleasant lunch. 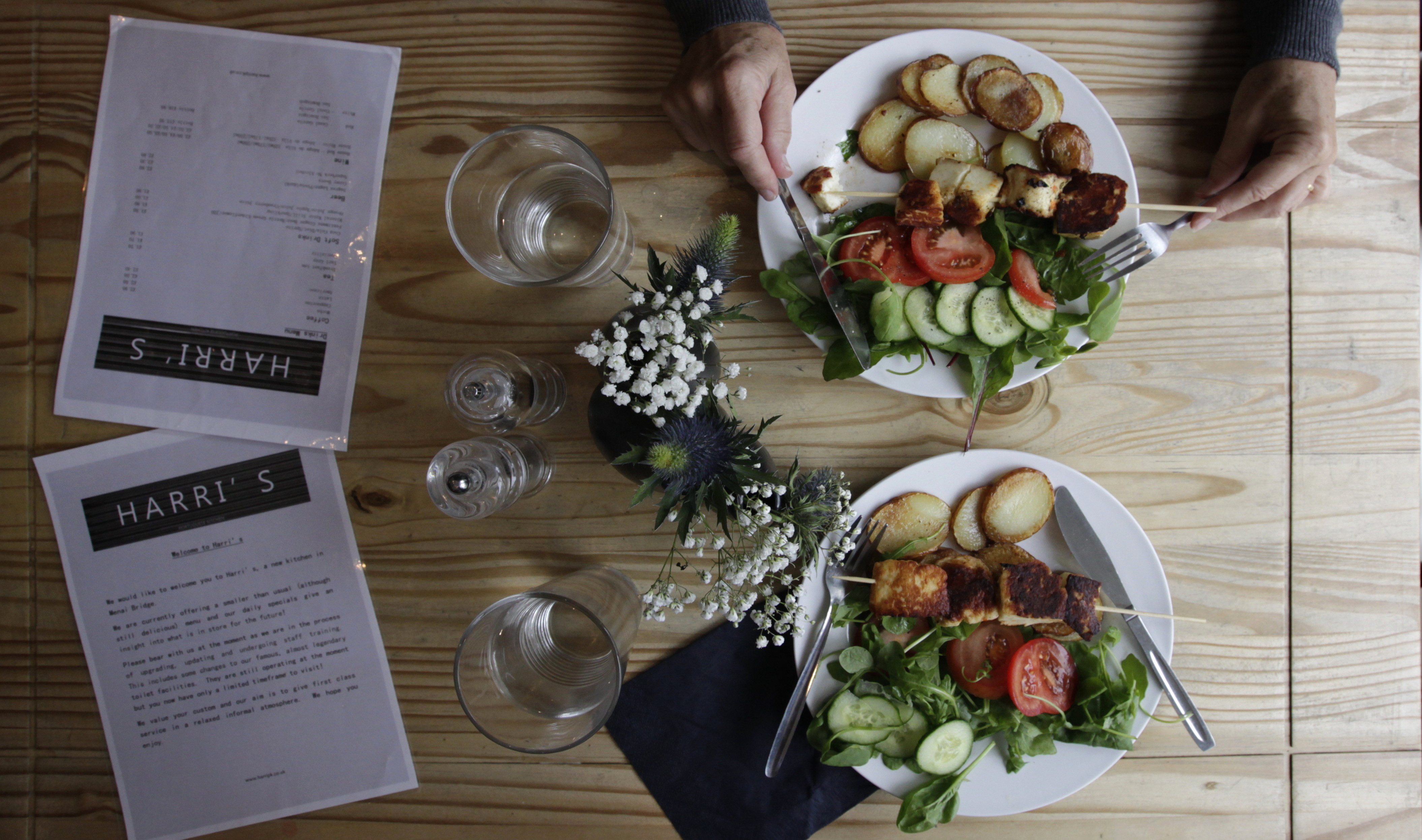